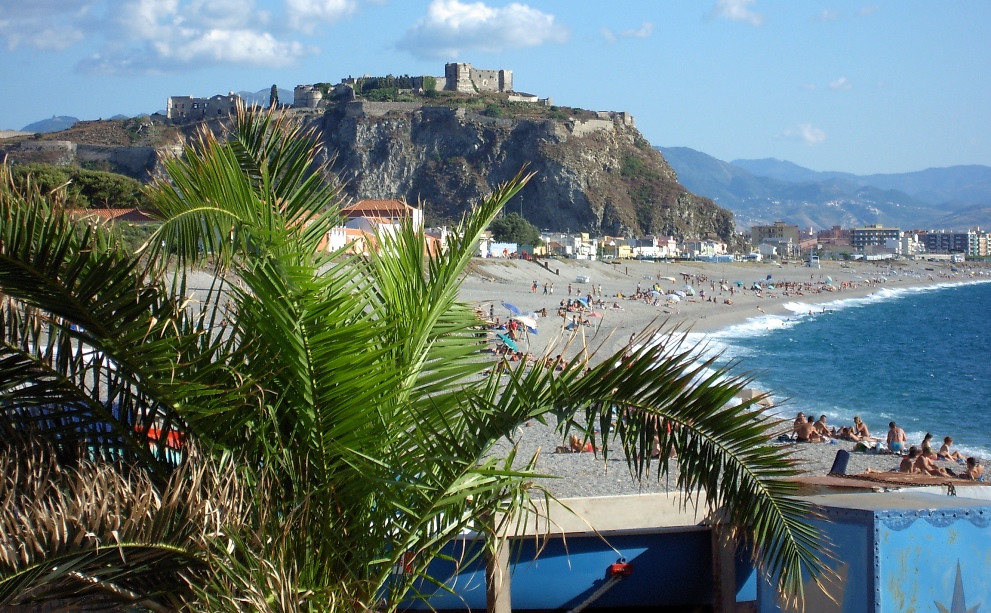 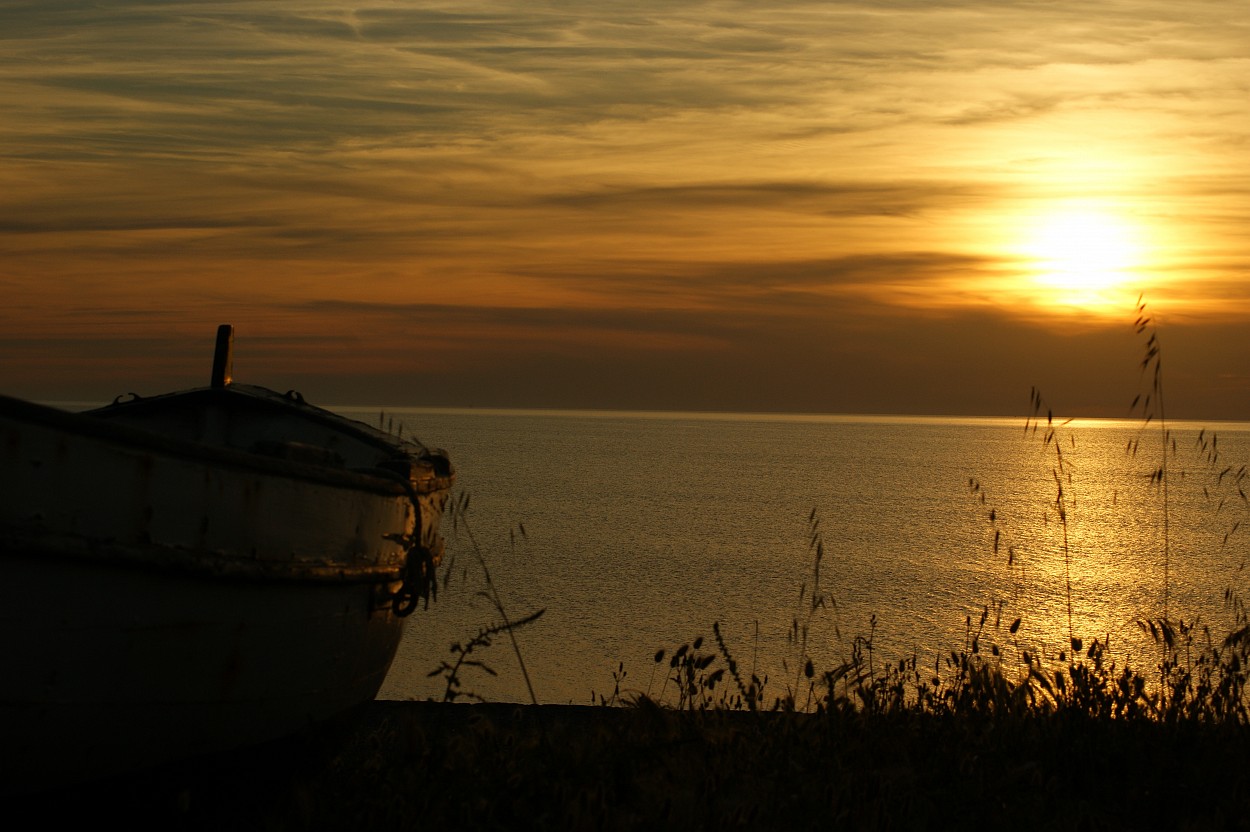 Lying on the initial part of the crescent that stretches out into the Tyrrhenian Sea and of the same name, the Cape of Milazzo, the ancient Mylai, the seaside town, is the natural way of the Aeolian islands that encircle a few miles away, the myth is particularly honored this part of Sicily: the head is considered privileged area of pasture for the cattle of the sun god and the islands at the home of Aeolus, god of wind, and graceful nymphs, satyrs and Sileni dancing drunk with wine. And it is perhaps here that Ulysses and his companions. shipwrecked, encounter Polyphemus.
Milazzo also has a history: its strategic position makes it to be inhabited and fought over since the dawn of time and scene of fierce battles. Testimony is its fortress that has seen a succession of many "masters".

And 'the oldest part of town and includes the fortified citadel that dominates the medieval quarters that lie at his feet, the slope of the hill. The first weekend of every month we held a flea market. The entrance to the village coincides with the beginning of Via lmpallomeni, flanked on both sides by the Spanish Military District (1585-1595). Inside the village there are many religious buildings. On the right, along the homonymous hill, stands the Sanctuary of St. Francesco di Paola, a remake of the eighteenth-century church founded by the saint during his stay in the City (1464). The remarkable façade is gracefully handled by a beautiful staircase with curved, from windows and from a platform above the doorway and is crowned by a slender pinnacle. Inside, the chapel of Jesus and Mary, is unique to the altar decorated with mirrors and gilded carved wood, the center of which is a delicate Madonna and Child by Domenico Gagini (1465).
Shortly later, on the slope S. Francis, note the Palace of the Viceroys, the sixteenth century. but in the eighteenth enriched by beautiful balconies with Baroque brackets, and later, on the opposite side of the road, the eighteenth-century facade of the Church of SS. Savior, by Giovan Battista Vaccarini. Continuing along the Via S. Domenico, is located on the right, the Church of Our Lady of the Rosary, home, until 1782, the Tribunal of the Inquisition. Erected in the XVI century, was profoundly altered in the course of the eighteenth century., When the interior was decorated with stucco and frescoes, the work, the latter, the painter Domenico Messina Jordan. On the left, climb castle walls leads to the imposing Spanish, the outermost and largest of the three walls.

The Citadel and the Castle. The fort was begun by the Arabs (X century AD.) In place that was acropolis at the time of the Greeks, modified and expanded over the centuries. Beyond the Spanish city, opens with a large open space on the left, the Old Cathedral (1608), an example of Sicilian mannerisms. Here probably stood the residences of citizens with public office of Milazzo. With the transfer of political and administrative center in the lower town, the cathedral would also gradually lost in importance, becoming the first stock, then a prison and finally stable. The boundary aragonese (XV c.) Is characterized by five towers of a truncated cone, two of which, close, hiding the beautiful gateway with pointed arches surmounted by the crest of the royal family of Spain, Ferdinand and Isabella: a shield divided into four parts (the union of the kingdoms which arose the unified Spain) and supported by the eagle of St. John. Inside stands the castle built by Frederick II, but with later additions. The beautiful arched portal is surmounted by the coat aragonese, however, precisely replaced in 400. Inside, the Great Hall of the five spans saw the Sicilian Parliament met in 1295. From the tip of the castle you can enjoy a beautiful view of the Aeolian islands (from left: Vulcano, Lipari, Panarea and, in particularly clear day, Stromboli) and the Bay Tono.

The lower town. And 'the area most recently, when built in the eighteenth century., Is the decision to abandon the upper town to settle in a flat area closest to the sea. The center of the lower town revolves around Piazza Caio Duilio, next to which is held every morning a fish market. The square is flanked on the west side, from Proto Marquis Palace (which was Garibaldi's headquarters) and, on the east side, behind the elegant facade of the Church of the Carmine, enriched with a fine portal (1620), with a lintel carved with garlands and scrolls, and a niche with the statue of Our Lady of Consolation (1632). Next door is the harmonious prospect of the Carmelite Convent, now home to city offices.
Continue on the ancient royal road, now Via Umberto I, still flanked by some unfortunately ruined mansion. On the parallel street Cumbo Borgia is the New Cathedral, building of the '30s. Inside are some fine paintings: the high altar, the sides of the wooden statue of St. Stephen, S. Peter and S. Paul (1531), remote from a dismembered polyptych by Antonello de Saliba, who also wrote an Adoration of the Shepherds: a beautiful Annunciation by the lively coloring of the Venetian influence and S. Nicholas on the throne and stories of his life, both attributed to Antonio Giuffre, painter Antonello school (late fifteenth century.). At the intersection with Via Cristoforo Colombo meets the Villino Greek, Art Nouveau, with beautiful floral friezes and animal motifs.

Walk on the head. About 8 km by car. Garibaldi along the beautiful promenade, flanked by eighteenth-century façade of the Palace of the Marquis D'Amico, and through the district's maritime Vaccarella (which begins at the open space of the church of S. Maria Maggiore), take a panoramic road runs east of the promontory of Milazzo. Once in Cape Milazzo, reveals an enchanting spectacle of color: the deep green mixed with brown burnt the maquis that covers the rocky outcrop, is combined with the bright blue sea. From the square S. Antonio on the left down a short staircase to the Shrine of St. Anthony of Padua, overlooking the beautiful bay, dug into a cave where the saint seems to have found refuge from a storm in 1221. Became a place of worship since then, the cave was transformed into a sanctuary in 1575 at the behest of the noble Andrea Guerrera and further expanded in the eighteenth century. with polychrome marble altars and wall reliefs in stucco and nine scenes from the life of the saint.
Returning to the center to the road that runs along the ridge of the peninsula, lined with beautiful villas, you can turn right on the detour that leads to Mount Three, the highest point of this tongue of land, unfortunately marred by the presence of repeaters, the name derives from the pagan trinity, Apollo, Diana, and Isis (or Osiris) which seems to have dedicated a temple that once stood here in Roman greek-Roman. From the little square in front of the church of SS. Trinity enjoys a wonderful view of Milazzo and its citadel and sickle on the promontory. On the west coast opens into a beautiful sand spit and a coastal road that runs parallel to the sea leads to the cave of Polyphemus, where would you place the legendary episode of Ulysses and the Cyclops. In front stretches the wide beach of the Bay Tono (locally known as Ngonia, from greek, creek), and later you can see, now incorporated into a tourist facility, the homonymous tuna fish remains. 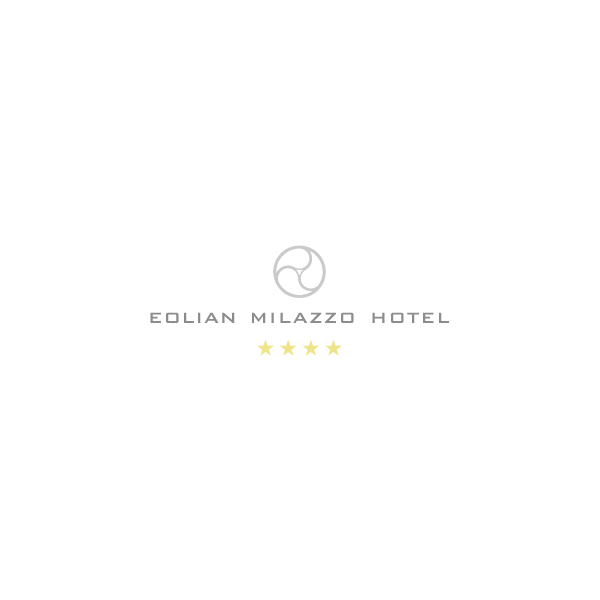